Laser Eye Surgery and What to Expect 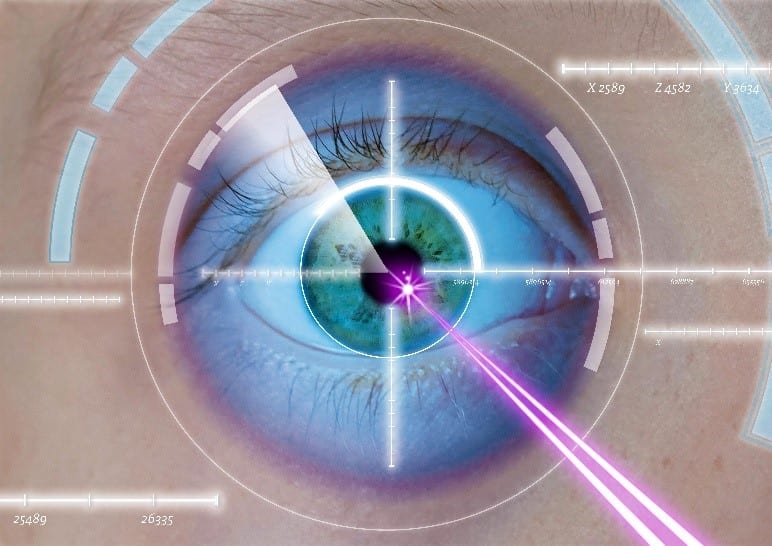 You’ve likely heard the term “LASIK” by now if you’ve ever spoken to anyone who has had eye surgery. This laser procedure remains the most popular “refractive” surgery performed in the U.S. LASIK surgery a surgical procedure that corrects common vision problems such as farsightedness, nearsightedness, astigmatism and presbyopia to reduce dependence on prescription eyeglasses and/or contact lenses – and continues to be, in most cases, a pain-free and fairly quick approach to reshaping the cornea so that light entering the eye can be focused properly onto the retina. Perhaps even more impressive is the fact that, usually, laser eye surgery can be completed within 15 minutes for both eyes; the results, including the aforementioned improved vision without the need for eyeglasses or contact lenses, can normally be experienced in 24 hours.

Florida Eye Fun Facts: According to a meta-analysis of recent studies of the vision correction procedure, outcomes of modern LASIK surgery – as measured by visual acuity, refractive results and patient satisfaction – are better than ever. Additionally, a team of researchers from refractive surgery centers across Germany and the United States analyzed the results of 97 LASIK studies published between 2008 and 2015, with incredibly positive outcomes concerning the nearly 68,000 eyes that had undergone the procedure.

Actually, “laser eye surgery” is an umbrella reference for several eye surgery procedures to correct refractive errors, with the most common types being LASIK, PRK, LASEK and Epi-LASIK. Each of these four procedures utilize the same specialized “excimer” laser in order to reshape the cornea, ultimately correcting vision. When it comes to the particulars of the procedure, recovery period, surgical instruments used, and patient candidacy, eye surgery can vary; some patients may be a better candidate for PRK, for example, rather than LASIK.

Ophthalmologist professionals are able to determine the best procedure for patients through a comprehensive laser surgery-specific eye exam, and these recommendations are the precursors to the procedure an eye surgeon believes will yield the best possible results.

Perhaps the most inspiring of all these results is that most patients achieve 20/20 or better vision following laser surgery.

Let’s take a closer look at each of these procedures.

As the most common form of laser vision surgery, LASIK is a procedure that begins with the making of a thin flap in the cornea, involving a surgeon using a laser or blade to create it. Some doctors consider the laser more desirable in this procedure due to the precision factor, and because of fewer complications of “visual significance;” but the costs are a little higher with all-laser LASIK as compared to LASIK that involves the use of a blade.

Reshaping of the cornea is handled by the aforementioned excimer laser once the flap is created, correcting the refractive error.

This is the second-most common type of laser surgery for the eye and begins with the removal of a portion of cornea or epithelial tissue surface, thus eliminating the need for the creation of a flap (the tissue that’s removed grows back). PRK is preferred by some patients due to the fact that they don’t desire a corneal flap, while other patients are simply more suitable candidates for PRK eye surgery than for LASIK (such as those exhibiting thin corneas). Additionally, PRK recovery periods are somewhat longer than those of LASIK.

Similar to LASIK and PRK, LASEK begins with the process of applying alcohol to the corneal epithelium, allowing the outermost corneal cells to loosen so a surgeon can move them out of the way (without removing them). Once the excimer laser reshapes the stroma, the surgeon can replace the epithelial cells sheet and place a contact lens in for the healing procedure.

Again, LASEK can be a viable option for those with thin corneas.

As you may suspect, Epi-LASIK starts in the fashion of LASIK, except for the fact that here there’s a thinner flap made only on epithelial tissue; after the flap is crafted, there is a sideward movement executed so that reshaping of the stroma by way of the excimer laser can be performed by the surgeon. The healing process occurs when the epithelium flap is replaced and blanketed with contact lens bandaging.

There are some who consider Epi-LASIK a hybrid fusion of LASIK and LASEK, and some surgeons hold the opinion that Epi-LASIK is a good eye health decision because the flap exists only in the epithelium layer – and due to the fact that the procedure uses no alcohol.

Florida Eye Fun Fact: After nearly a decade of clinical trials and improvements, laser eye surgeries including PRK and LASIK began getting approved globally, and by 2001 LASIK had become the world’s most common elective surgery.

Laser surgery is recommended for those 18 and older (before age 18, the eye may actually still be changing), and it’s important that patients boast a stable eye health record for at least a year before considering any procedure.

To schedule an appointment and for more information, contact a Florida Eye Specialists and Cataract Institute representative today.